Inclusion and Integration in Europe : European partners’ welcoming in Bordeaux 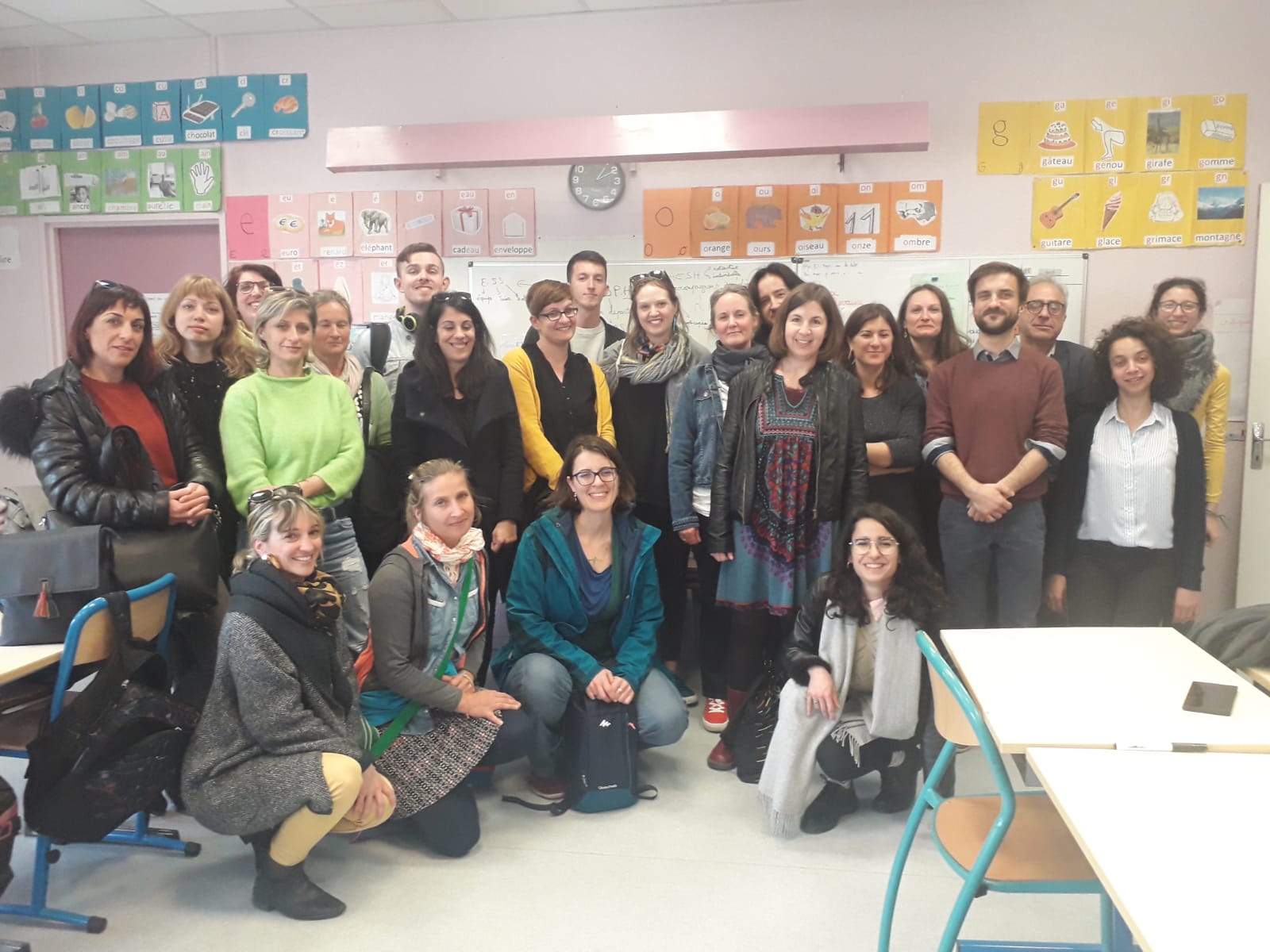 The fourth meeting with our Greek, Irish and German partners has occurred on the 10th, 11th and 12th of April in Bordeaux about inclusion in Europe.

The association ADAV33 has also actively participated to the partners’ welcoming as a part of the project « Inclusion and integration for experts of preschool education, youth and social work in Europe » co-founded by the Erasmus+ programme of the European Union.

Implementation of the stay

Schedule for the first day: presentation of Bordeaux to our partners, its region and its department through social actions policy. Then we’ve exchanged about the associations’ roles in France focusing on those which aim at a social inclusion, such as the ADAV33 in its fight against every kind of discriminations, its willingness to make citizenship more applied and to make access to common law easier. Finally, the day ended with a guided tour of Bordeaux by doing the intercultural activities of Odyssée Association « Bordeaux citoyenne du monde » and « la Mosaïque des langues »

The second day dealt with an introduction on a mentoring action of women recipients of the French minimum allowance by the ADAV33, the departmental insertion center of Ambarès-et-Lagrave and the social center of Cenon. Afterwards, we’ve discovered the “ULIS” programme in the primary school Jules Michelet in Cenon which aspires to favor the learnings of children with disabilities or communication issues thanks to the inclusion approach. Afterwards we had a lunch at the test restaurant « L’Atelier » in Cenon, that helps youngsters with educational difficulties being launched in the professional life. Lastly, we attended a presentation and a visit of mobile classrooms of the association ASET for travelers at the « Ensemble Scolaire Privé Saint-Genès ».

Those 3 days full of exchanges and sharings allowed to strengthen the relationships between the project’s partners. The meeting has also allowed to increase the knowledges about inclusion in Europe and more specifically in France.

Next step: final meeting with all the partners in Germany during September 2019.