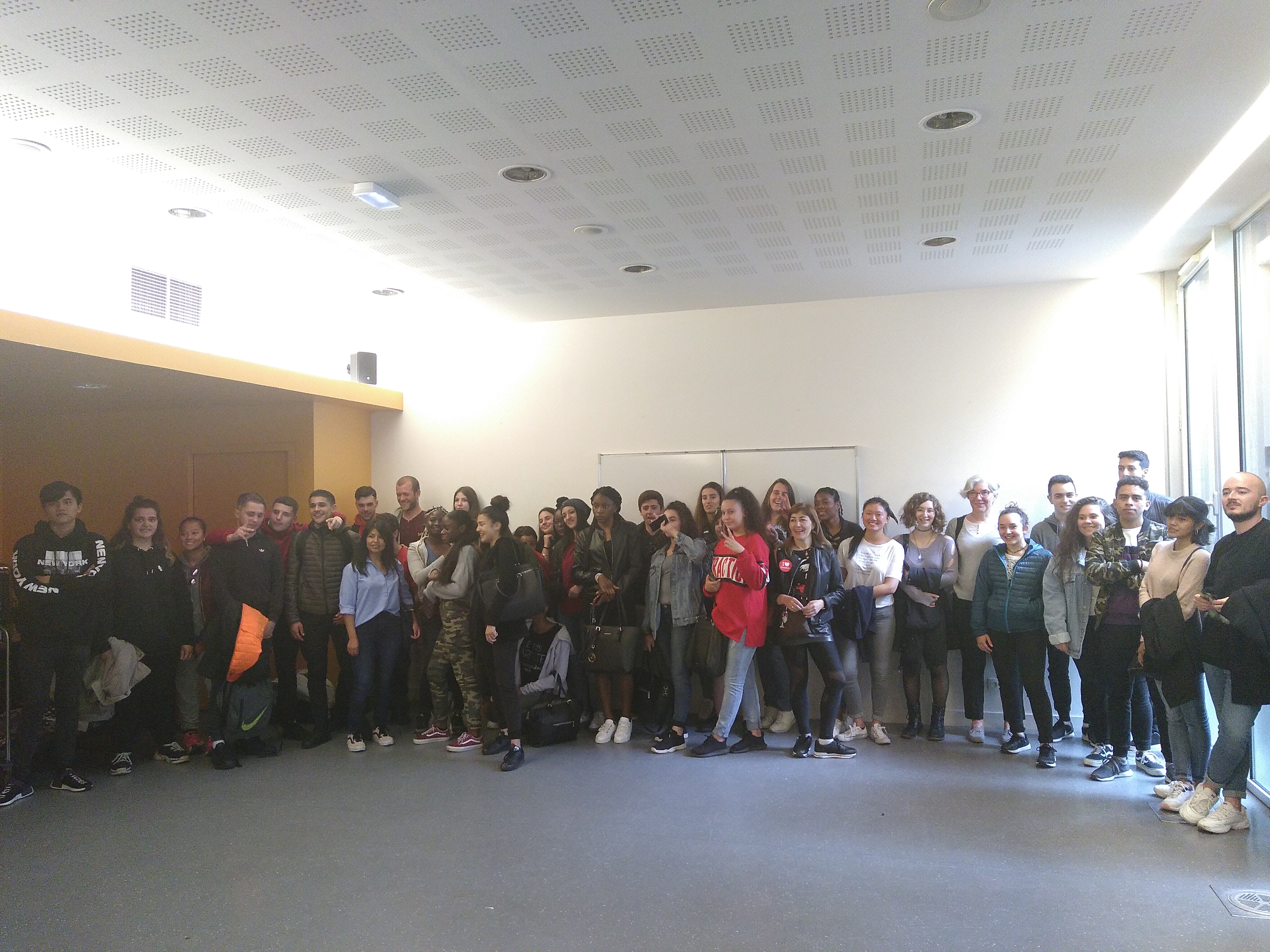 On May 2nd 2019, a 2 hours intercultural activity took place at lycée professionnel des Menuts as part of the « Joli mois de l’Europe 2019 » (a month during which the creation of the European Union is celebrated) in Nouvelle-Aquitaine, France.

This activity involved pupils from the lycée and around twenty European trainees mentored by our partner Cap Ulysse. The goal was to encourage intercultural meetings between youngsters and develop social and professionnal skills.

Firstly, youngsters have been ramdomly divided into groups, while being sure that there were at least 3 different countries represented in each group.

During the first activity which was an « ice-breaker », pupils and trainees begun to introduce to each other thanks to the game called Chinese whispers. The sentence they had to whisper to each other was written in one of the the mother tongue of youngsters present that day.

Secondly, the main activity of the morning was based on an outside game in Bordeaux. The activity consisted in bartering with people in the street or with merchants starting from a paper-clip. The only constraint was that the exchanged objects had to be linked with the language in which was written the sentence used by each group during the first activity (if the sentence was written in Italian language, they had to barter Italian objects, or objects linked with Italy).

At the end of this activity, each group debriefed their getaway in front of everybody, with who, how, and what they exchanged during the time they were out.

The group which made the most exchanges won a gift basket full of goodies.

This activity acted as a prelude, as many other will happen all along the « Joli mois de l’Europe 2019 ».